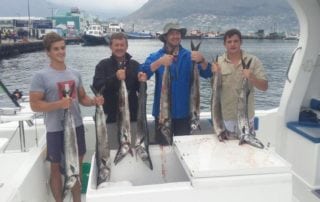 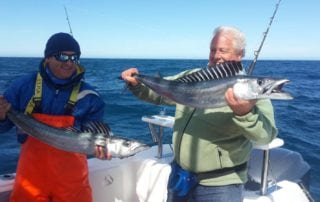 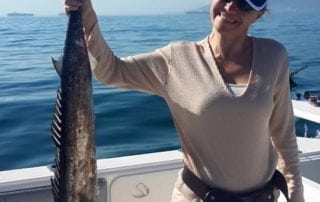 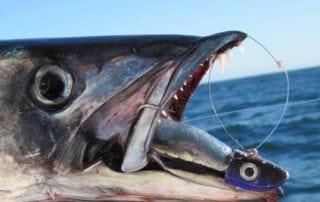 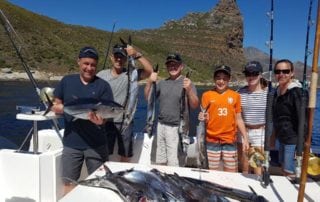 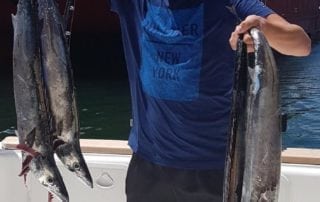 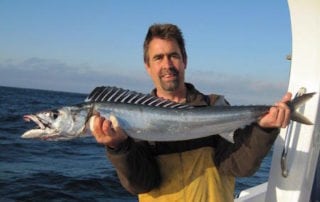 Snoek Fishing in Cape Town – great sport! We’ll take you to find the biggest and strongest fighting Snoek in the Cape!

A Snoek is a species of Mackerel native to the southern hemisphere’s oceans. They are found from the coast of Angola all the way around the Cape to Mossel Bay.

We catch snoek by jigging or spinning specialised lures around areas where shoals have been seen. They’re not an easy fish to hook, so often we need to use fish finders and radar to locate feeding shoals.

Interested in Fly Fishing? Snoek are an exciting target species!

Send us a mail