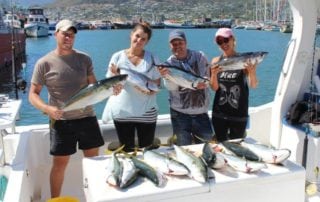 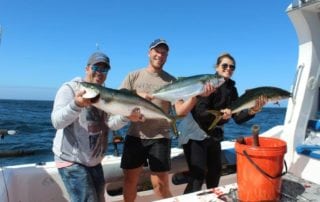 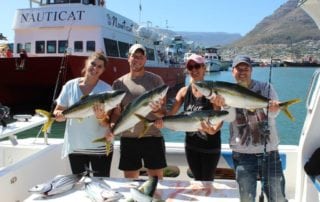 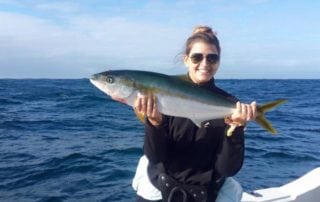 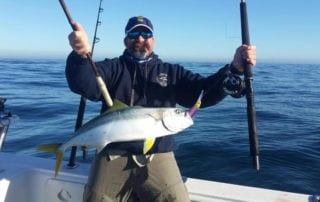 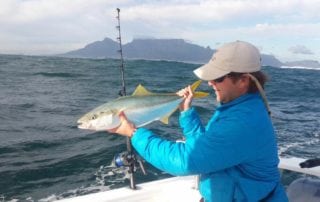 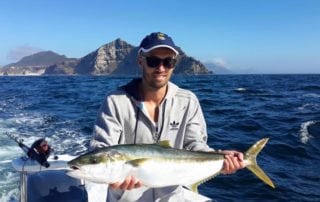 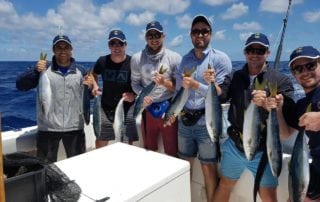 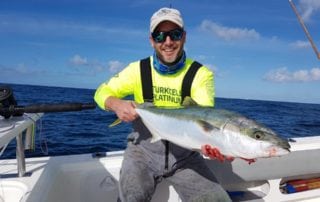 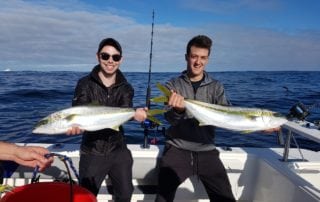 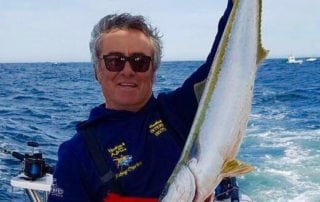 Yellowtail is a great sports fish to target! They’re found in large numbers off Cape Point and are one of our favourite fish species.

Yellowtail feed on squid and smaller fish like sardines. Using a range of artificial baits like lures and jigs, we’ll put you on to the biggest fish in the Cape! Yellowtail are known to take surface lures, which is a very exciting method of fishing.

Yellowtail fishing is often best found closer inshore than tuna and marlin and it is often possible to see the shoals of yellowtail swimming off Cape Point.

Yellowtail are on the South African Sustainable Seafood Innitiative (SASSI) Green List, which means they are not threatened by fishing activity.

Send us a mail

You should be aware that we collect usage information about you when you visit us, which helps us understand how our site is navigated, how many visitors arrive at specific pages, the length and frequency of a stay at our website, etc. In addition, our web pages may place "cookies" on your personal computer. "Cookies" are small identifiers, similar to a license plate, that help us to recognize you if you visit our website again. Cookies are used to help us personalize your viewing experiences. Cookies are not designed to be used to get data from your hard drive, your email or any other personal data about you. You can reject cookies by changing your browser settings. Please note, however, that if you reject our cookies it is possible that some web pages may not properly load, your access to certain information might be denied or you might have to enter information about you or your application, inquiry or purchase more than once.
Go to Top